Keeping up with the Jones (Act)

The continued existence of the Merchant Marine Act of 1920 carries with it substantial economic and financial benefits. Its repeal could be catastrophic.

(As published in the October 2013 edition of Marine News - www.marinelink.com) 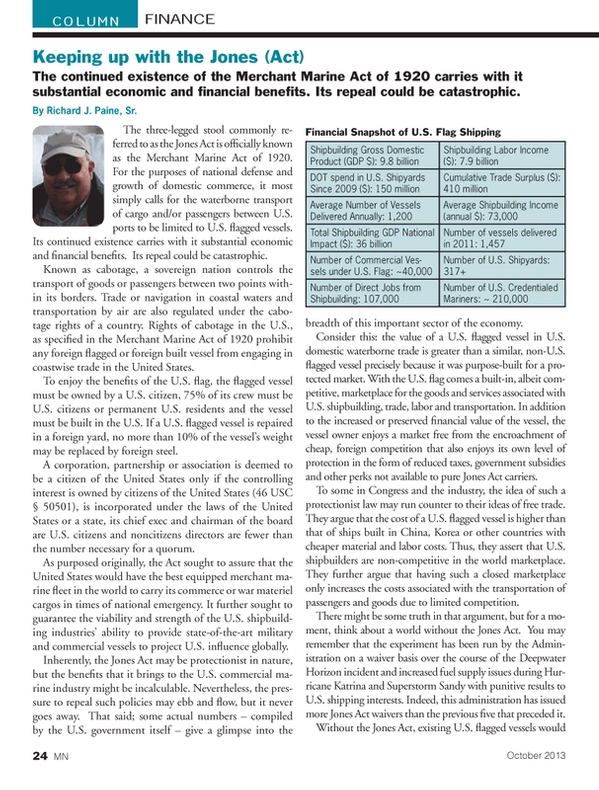 Read Keeping up with the Jones (Act) in Pdf, Flash or Html5 edition of October 2013 Marine News