LNG? Methanol as fuel? Hybrid systems? Tier 4? Reducing noise? Cutting emissions without crushing fuel economy? Marine News readers have questions and Bob Kunkel has answers. Kunkel, President of Alternative Marine Technologies, previously served as the Federal Chairman of the Short Sea Shipping Cooperative Program under the Maritime Administration and Department of Transportation from 2003 until 2008. A past Vice President of the Connecticut Maritime Association, he is a contributing writer for Maritime Professional and Marine News. A graduate of the Massachusetts Maritime Academy, Kunkel sailed as a licensed engineer and eventually continued his career in ship construction at NASSCO, San Diego, Hyundai Heavy Industries, S. Korea, Chengxi Shipyard and Dalian New Shipyard in China. He is a senior member of the Special Committee on Ship Operation with ABS and an elected member of the National Cargo Bureau. This month, as our featured INSIGHTS executive, he weighs in on propulsion technology, as perhaps no one else in industry can. 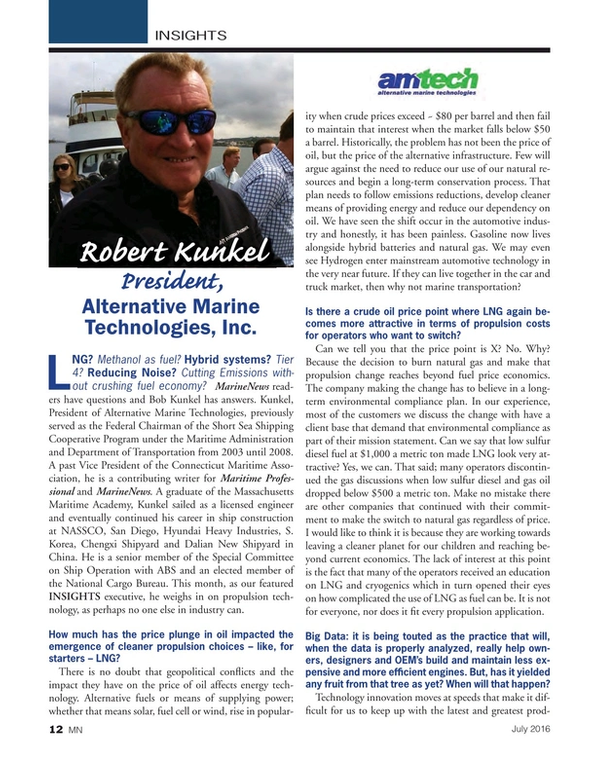