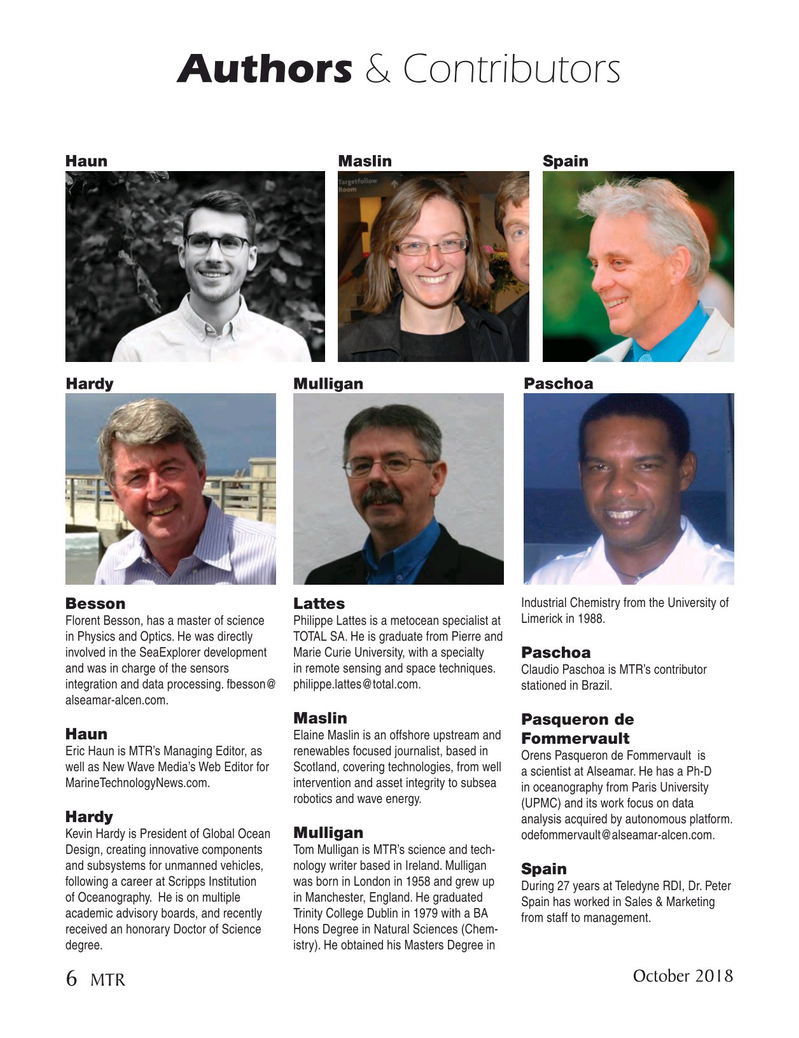 Industrial Chemistry from the University of

Florent Besson, has a master of science Philippe Lattes is a metocean specialist at in Physics and Optics. He was directly TOTAL SA. He is graduate from Pierre and involved in the SeaExplorer development Marie Curie University, with a specialty Paschoa and was in charge of the sensors in remote sensing and space techniques. Claudio Paschoa is MTR’s contributor integration and data processing. fbesson@ philippe.lattes@total.com. stationed in Brazil.

Haun Elaine Maslin is an offshore upstream and

Eric Haun is MTR’s Managing Editor, as renewables focused journalist, based in

Orens Pasqueron de Fommervault is well as New Wave Media’s Web Editor for Scotland, covering technologies, from well a scientist at Alseamar. He has a Ph-D

MarineTechnologyNews.com. intervention and asset integrity to subsea in oceanography from Paris University robotics and wave energy.

(UPMC) and its work focus on data

During 27 years at Teledyne RDI, Dr. Peter of Oceanography. He is on multiple in Manchester, England. He graduated

Spain has worked in Sales & Marketing academic advisory boards, and recently Trinity College Dublin in 1979 with a BA from staff to management.