Researchers at the Scripps Institution of Oceanography and the Jacobs School of Engineering at UC San Diego, alongside the University of Cambridge, UK, have 3D printed coral-like structures capable of growing dense microscopic algae populations. The work is aimed at the development of compact, efficient bioreactors for producing algae-based biofuels and could lead to a better understanding of the coral-algae relationship, with the hopes of establishing techniques to repair and restore reefs.

Author Daniel Wangpraseurt, whose work was published April 9, 2020 in Nature Communications, explained, “Corals are one of the most efficient organisms at using, capturing, and converting light to generate energy,” even in extreme environments with light fluctuation and limited space to grow. Inspired by corals, the goal was to develop productive techniques for growing microalgae as a form of sustainable energy.

Wangspraseurt and his team measured photosynthetic activity of corals in both liquid cultures and models and examined how algae grows on the structures. In laboratory settings, the printed coral structures were used to grow two different types of microalgae—Marinichlorella kaistiae and Symbiodinium sp.—which grew to achieve up to 100 times a greater density than in liquid cultures.

The structures themselves were developed with Shaochen Chen, a nanoengineering professor in the School of Engineering, whose lab specializes in rapid 3D bioprinting. The printed corals are built to capture and scatter light more efficiently than in nature, with tiny cylindrical structures on the surface that act as coral tentacles, increasing the surface area for light absorption. Nanocrystals embedded in the skeleton and coral tissue, which are made up of polymer gel (PEGDA) and gelatin-based polymer hydrogel (GelMA), respectively, further improve the efficiency of photosynthesis.
Since bionic corals have superior productivity compared to current systems, this technology holds implications for further research, looking beyond biofuel production and towards reef restoration. 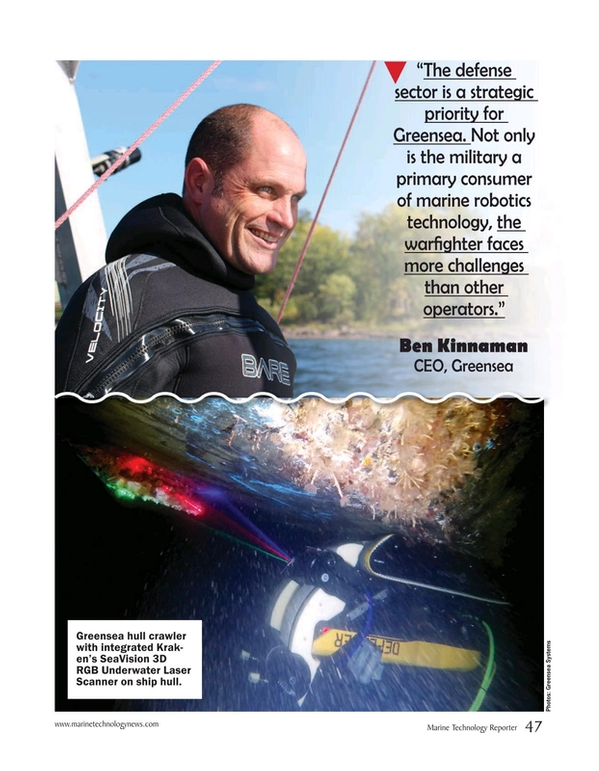 Read Scripps Institution of Oceanography: 3D-printed Coral Are Natural Producers of Biofuels in Pdf, Flash or Html5 edition of May 2020 Marine Technology

Other stories from May 2020 issue