In late June of 2017, AP Moeller-Maersk shut down its container operations at the Port of Los Angeles. It wasn’t due to labor relations problems, equipment malfunction or other reasons that have been known to thwart port operations. It was a cyber-attack. 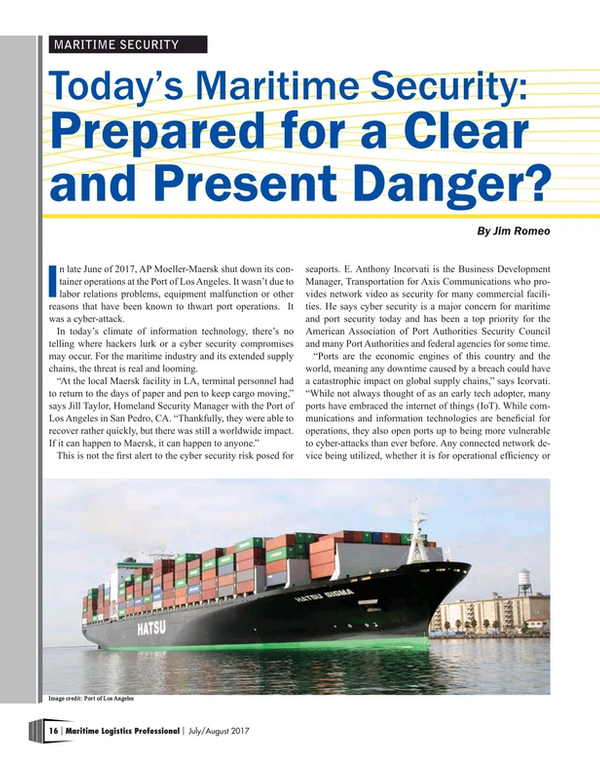 Other stories from Jul/Aug 2017 issue