William B. Alexander, president of Airfilco Engineering, Inc. of New Orleans, La., has announced the appointment of John E. Riley as vice president and general manager of the company.

Airfilco Engineering, Inc. is a gas process equipment supplier specializing in the design and installation of inert gas systems, on new and existing tankers.

Until joining Airfilco Engineering, Inc., Mr. Riley was technical director of Airfilco Marine Systems, Ltd. in the United Kingdom, with responsibility for the Marine Division of Airfilco for the supply of the inert gas systems and packaged generators.

Since 1972, he has been involved in the specialist field of Tanker Safety Equipment, and was formerly a superintendent engineer with the British and Commonwealth Shipping Company based in London.

Airfilco considers Mr. Riley's long Tanker Safety Equipment background, plus his seagoing and ship repair experience, an important asset during the forthcoming program for retrofitting inert gas systems, both on existing ships and for new construction.

Mr. Riley served his apprenticeship in marine engineering and naval architecture in the United Kingdom. He studied marine and mechanical engineering at the University of Surrey, sponsored by the Institute of Marine Engineers, and graduated with honors in 1967. He then returned to sea obtaining his first class license for steam and motor ships in 1969. 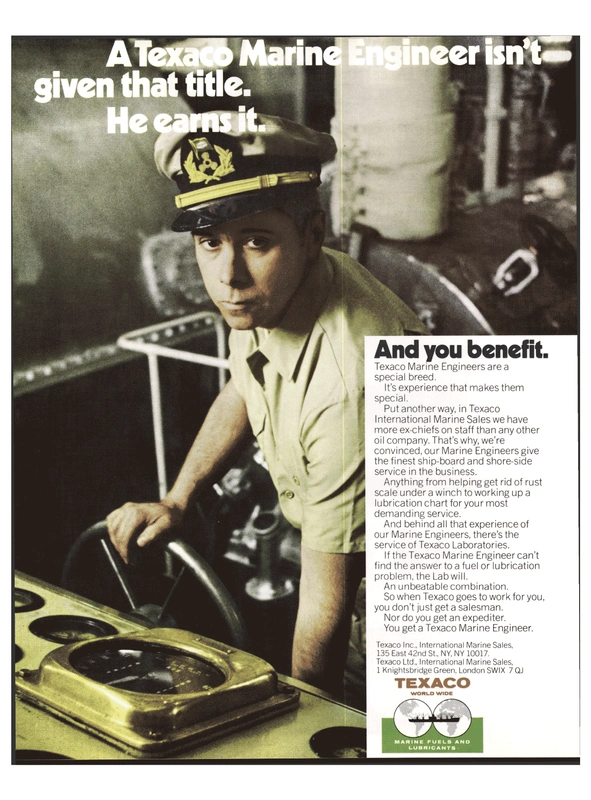