Mr. Celosse, who previously served as operations manager, has been in the steamship business for 11 years. He has been with Evergreen since its inception in 1974, and was active in establishing the Evergreen Handt/ Evergreen Marine Corp. service.

Evergreen Line operates five new container vessels in its East Coast service from the ports of New York, Charlston, and Baltimore to the Far East via Pusan, Korea; Keelung and Kaohsiung, Taiwan; and Hong Kong. 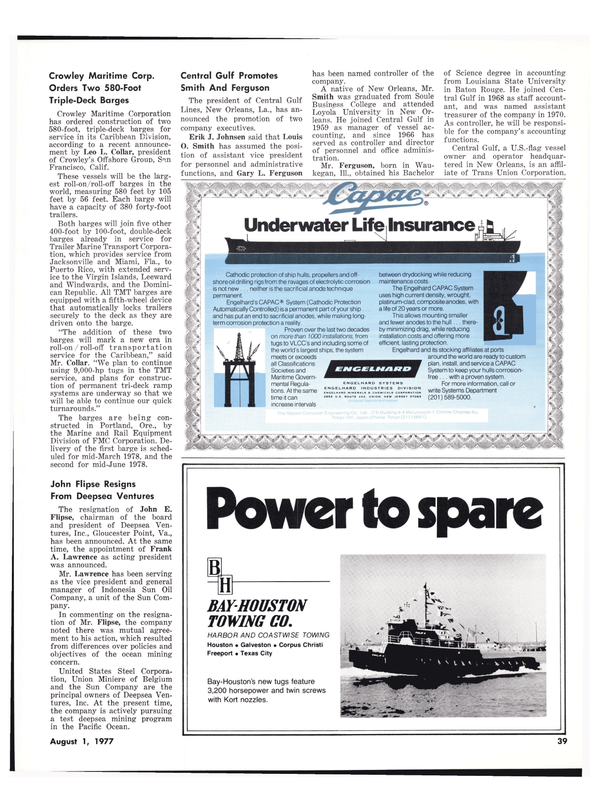