Richard J. Daschbach of Walpole, N.H., and Great Falls, Va., was sworn in as Chairman of the Federal Maritime Commission (FMC) August 29 in a public ceremony at Commission headquarters in Washington, D.C. The Honorable Norma Holloway Johnson, a judge of the Superior Court of the District of Columbia and former law school classmate of the new Chairman, administered the oath of office.

Mr. Daschbach was nominated by President Carter to the Commission on July 27, and confirmed by the Senate on August 2. The President designated Mr. Daschbach to succeed Karl E. Bakke as Chairman of FMC on August 5.

A graduate of Georgetown University and Georgetown University Law Center, Mr. Daschbach has served since 1969 as Maritime Counsel to the Senate Committee on Commerce. Immediately prior to his work for the Commerce Committee, Mr. Daschbach was an OEO Legal Services attorney in Keene, N.H. He previously worked for the Department of Commerce's Area Redevelopment Administration and the Economic Redevelopment Administration. 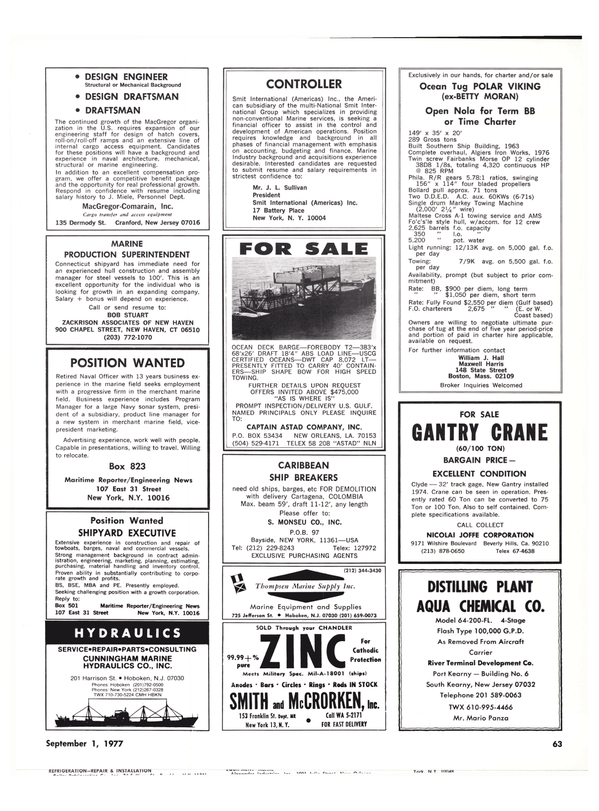