The Willard Company, Costa Mesa, Calif., has announced that it has signed a protocol agreement to license the Egyptian Shipbuilding and Repairs Company of Alexandria, Egypt for the manufacture of fiberglass boats.

The Egyptian company is a government-owned operation which presently builds only steel ships.

Under the protocol agreement, Willard will build prototypes of boats for the Egyptian company, then supply technology related to their fiberglass manufacture and design f o r production in Egypt on a royalty basis.

Following project-by-project negotiations, the Egyptian company plans to proceed with advanced fiberglass versions of lifeboats, fishing boats, pilot boats, service boats, water taxis and oceanographic research vessels. Boats will be built both for the Egyptian government and for sale to other governments in the Mediterranean and Arab regions.

The Willard Company is a pioneer California boatbuilding company and has manufactured some of the largest fiberglass boats ever built — up to 120 feet in length. It is currently producing a new class of Coast Guard fireboat, custom yachts, stock sailboats, and offshore trawlers.

Hochadel noted that the agreement with the Egyptian Shipbuilding and Repairs Company is only one of several the company is negotiating to market its fiberglass expertise in the Middle East, including its fiberglass curtainwall system as well as boats. 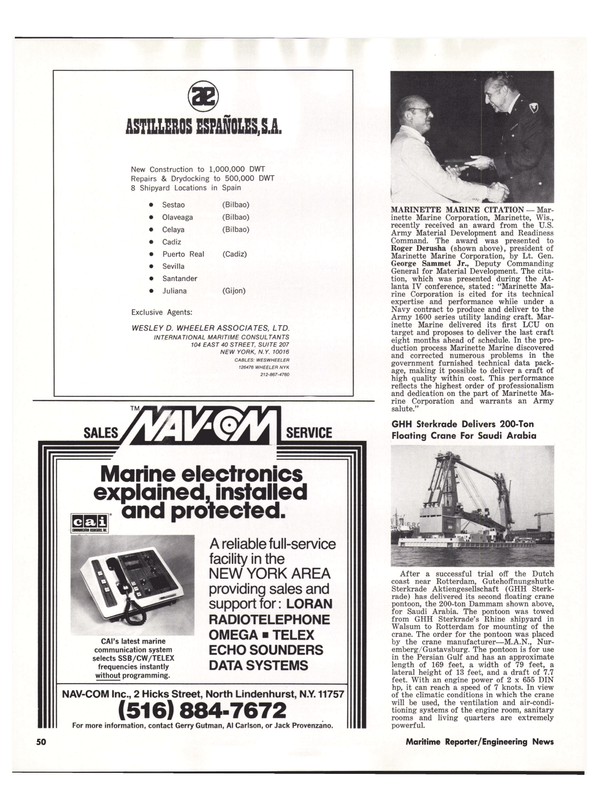