Letter commitments to guarantee obligations under Title XI of the Merchant Marine Act of 1936, as amended, were authorized by the agency for the two new vessels when the construction contract was announced and for the two ro/ro vessels, the Red Jacket and the Young America, last April 12.

Proceeds from bonds sold in refinancing the ro/ros will be used as equity in building the containerships at Bath.

The Red Jacket and Young America were built in 1969 and 1970, respectively, at Ingalls Shipbuilding Division, Pascagoula, Miss., and were acquired by AEL in 1970 from Moore-McCormack Lines, Inc. They currently are operated in trade linking U.S. Atlantic ports with the Mediterranean— the same service for which the two containerships on order are intended.

American Export Lines, Inc., a steamship company with headquarters in New York, N.Y., reported in August increased revenues and net earnings equal to 83 cents a share for the first half of 1977. 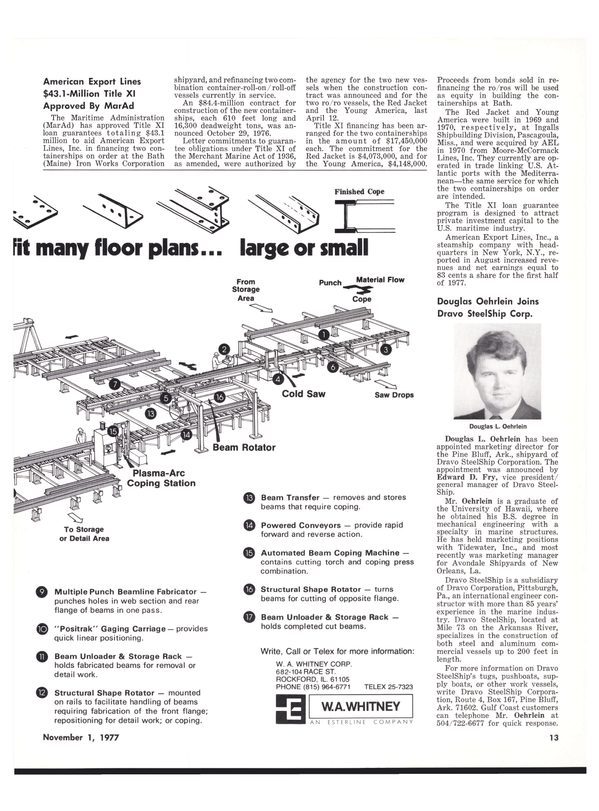