Guest speaker for the meeting was Comdr. T. Martin, USN, 57th Commanding Officer of the USS Constitution. Commander Martin spoke of the recent restoration of his ship "Old Ironsides," which was accomplished during his command and under his direction. The restoration was the fifth in the long career of the Constitution and took 39 months to complete at a cost of $4.4 million. Commander Martin had slides showing the various stages of the ship's overhaul and spoke of the problems encountered, some not very common in today's modern Navy. Restoration was completed on June 30, 1976, ensuring the continued presence of the Constitution for future generations.

For the October meeting, ASNE had the honor of having Capt.

Harry Jackson, USN (ret.), who spoke on the "Development of the Design for the SSBN," a very interesting topic.

Captain Jackson, former Design Superintendent and Planning Officer at Portsmouth, had a distinguished career in the field of submarine design which spanned one of the most dynamic and creative periods in the history of shipbuilding. He actively participated in all phases of the evolution of the submarine from the fleet type to the modern nuclear submarine of today. One of the most important of these projects was the design of the Ballistic Missile Submarine. The group heard a first-hand account of the development of the SSBN design, from the earliest studies to the 16-missile design. 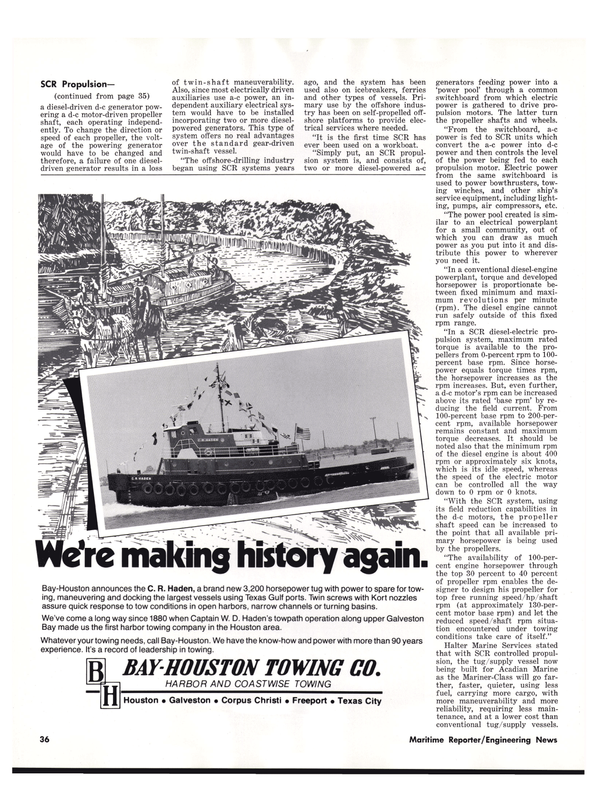