He joined Skagit in September 1972, and was appointed director of engineering in February 1973. He is a graduate of Lawrence Institute of Technology, Southfield, Mich., and has a wide variety of technical and market-related experience through his activities at Skagit Corporation and the Bendix Research Laboratories.

Mr. Weimann joined Skagit Corporation in May of this year, and was responsible for product planning on both new products and the adaptation and extension of present product lines. He has had extensive engineering background, including approximately 25 years with the Lorain Division of the Koehring Company where he was most re- cently director of engineering. Mr. Weimann is a mechanical engineering graduate of Hamburg Engineering College, Hamburg, Germany.

Skagit Corporation, a subsidiary of The Bendix Corporation, is a manufacturer of heavy equipment for the offshore oil, logging, construction, and marine industries. 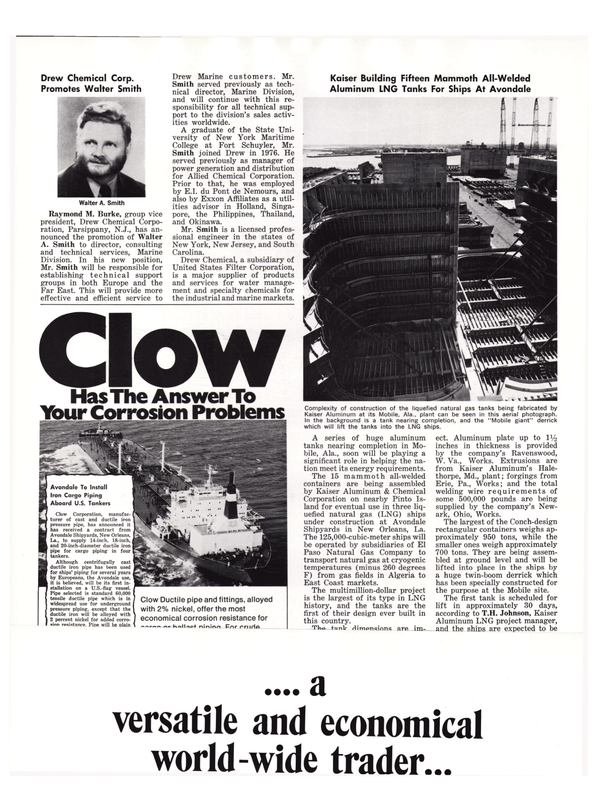