The board of directors, C.F.

Mr. Barron will be responsible for Bean's international dredging operations, which include projects in Puerto Rico and Saudi Arabia.

A graduate of Texas A&M's School of Civil Engineering, Mr.

He was promoted to senior p r o j e c t manager in 1974 and moved to Bean International in 1975, taking charge of the construction of a new port at Jubail, Saudi Arabia.

Prior to joining Bean, Mr. Barron was with the U.S. Corps of Engineers in Galveston and Corpus Christi, where he was area engineer responsible for marine construction, navigation and flood control.

Bean International is responsible for marine construction outside the continental United States. 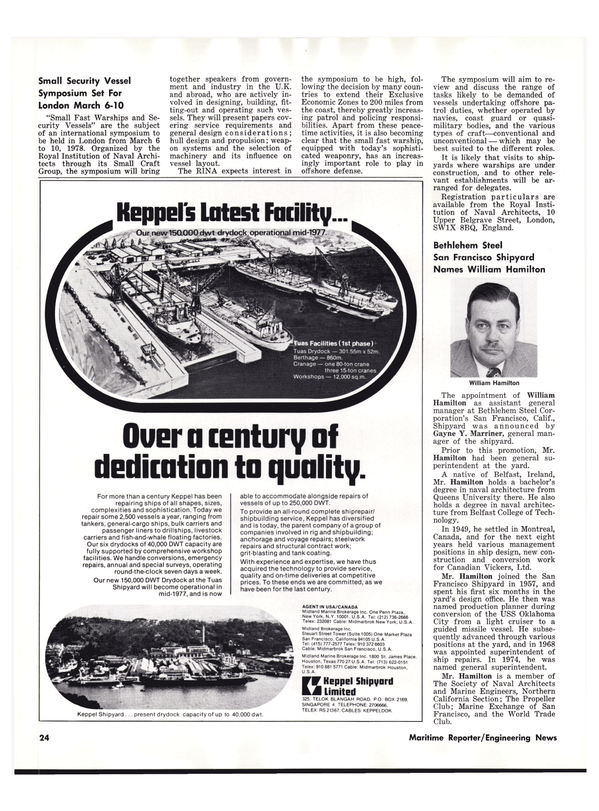