During his Naval career, he served on such capital ships as the USS Lexington, USS North Carolina, USS Coral Sea, and USS Forrestal. His duties included a variety of engineering assignments involving powerplant operation, maintenance, and engineering department administration. In addition to his sea duty assignments, Mr. O'Harra served as senior instructor at the U.S. Naval School for Boilermen at the Naval Boiler and Turbine Laboratory, Philadelphia, Pa.

Upon his transfer to the Fleet Reserve, Mr. O'Harra joined the Bailey Meter Company as their Naval controls specialist. In this capacity, his responsibilities included assistance and training of Bailey and Naval personnel in the commissioning of over 30 U.S.

In 1958, Mr. O'Harra was assigned to the Atomic and Marine Marketing Group as an application engineer for marine control systems. He was involved in the development and field testing of standard marine boiler systems used in numerous Navy and merchant vessels. 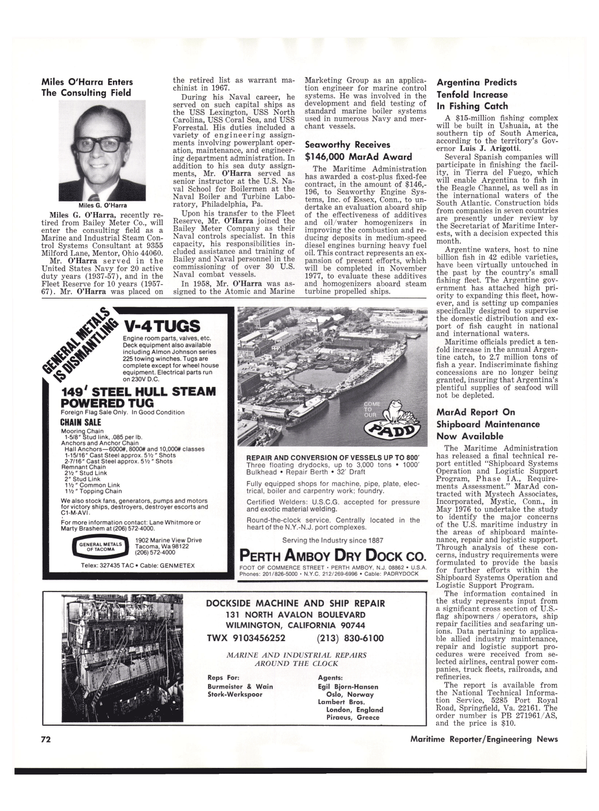