Frank Kuntz introduced the new officers of the Los Angeles Metropolitan Section of The Society of Naval Architects and Marine Engineers at their opening meeting for the new season.

He takes his place with them as Chairman of the Section. William A. Hood becomes the new vice chairman, and Lt. Comdr. Richard J. Kinnear, USN, secretarytreasurer.

The paper was presented by M.R. Ward on the subject "A Mathematically Correct Procedure for Fairing and Defining Ship's Lines." Mr. Ward is the president of RTL, Inc., an architectural engineering and planning firm. Its corporate office is located in Gardena, Calif. His paper described a fairing procedure to define a hull surface and permit modification of a local area without affecting already corrected areas adjacent to it. "The method is an easy one to use," Mr. Ward said, "and requires only moderate computer capability, even for the largest hulls." The procedure he recommended is based on the use of cubic equations.

It is a localized one consisting of modifying ordinates and slopes in two orthogonal directions at each data point. A number of computer programs have been written in FORTRAN IV by the firm's specialists to apply the fairing method outlined in the paper. The longest one, including subroutines, contains about 1,500 statements. The computer running time is about one minute per frame, plus 10 minutes for an initial fairing. The program has been run for several hull types, including a large fishing vessel, a mariner type hull and a chine hull offshore supply ship. The results are printed out to six significant places and checked numerically for compliance with the fairness criteria specified.

During the question and answer period later, the discussion livened up considerably. Relieved of the formality of his presentation, Mr. Ward became quite open and warm in his exchanges with the members. He repeatedly referred to several successful contracts completed by his firm to assure his listeners of the reliability of the program. He reminded them the method requires only moderate computer capability, even for the largest hulls, and can be incorporated into almost any ship lofting system.

The appendices to his paper contain much of the background information he used in his slide presentation. It includes the body plans of the ship designs discussed, pages of sampled printer readout, a bibliography, and several pages of formulas delineating the basic concepts. The paper itself discusses the mathematical premises for the procedure and illustrates the steps for establishing the fairness criteria.

It was a meeting fairly well attended, considering the highly specialized subject matter and the rather technical treatment of it.

The enthusiastic questioning of the speaker afterward certainly indicated the members' appreciation of his handling of it. 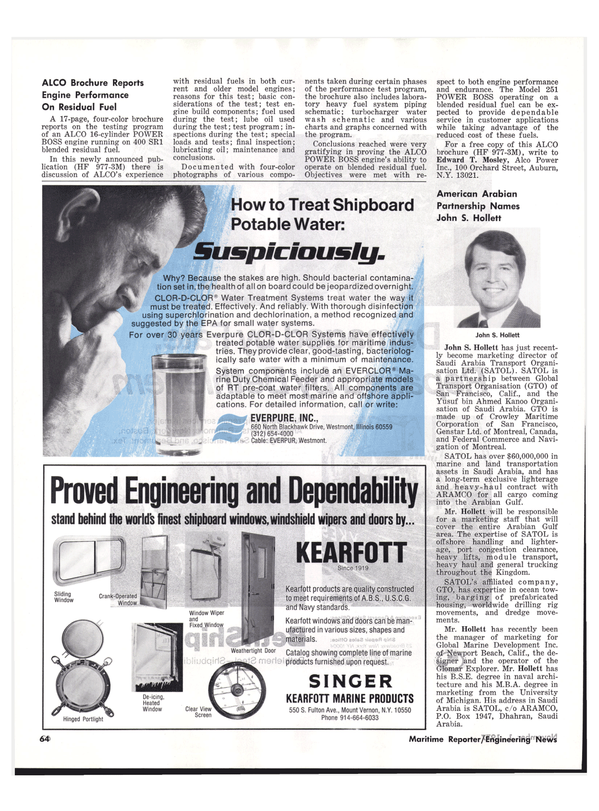