Navy Commissions Ninth Of 30 Destroyers Being Built By Ingalls Shipbuilding

The ninth of the new Spruance class of 30 multi-mission destroyers, designed and being built by Ingalls Shipbuilding division of Litton I n d u s t r i e s , Pascagoula, Miss., was commissioned by the Navy on Saturday, November 19.

The USS David R. Ray (DD- 971), named in honor of a young hospital corpsman who was killed in Vietnam while treating wounded marines, officially became a part of the Navy's Pacific Fleet during the ceremony. The 563- foot, 7,800-ton ship is among the largest class of U.S. destroyers ever built. The ship is powered by four gas turbine engines and maintains speeds in excess of 30 knots.

Corpsman Ray, the son of Mr.

He was forced to battle two enemy soldiers, killing one and wounding the other, and then continued treating the wounded, while alternately fighting off the enemy. In a final act of heroism, Corpsman Ray saved the life of a marine he was treating by throwing himself on the man as an enemy grenade exploded close by.

He was posthumously awarded the Medal of Honor, the nation's highest military award for heroism.

In addition to the first nine ships of the Spruance class which have been delivered to the Navy, Ingalls has launched 10 additional destroyers, and the remaining 11 are in various stages of completion.

The Spruance ships now serving with the fleet have become well-known for their responsiveness, maneuverability, reliability, quiet operation and weapons accuracy.

For global operations, the new destroyers are capable of navigation by satellites. Using data transmitted continually from the Navy Navigation Satellite System, a shipboard computer automatically solves worldwide navigation problems to an extremely accurate degree, 24 hours a day, regardless of weather. 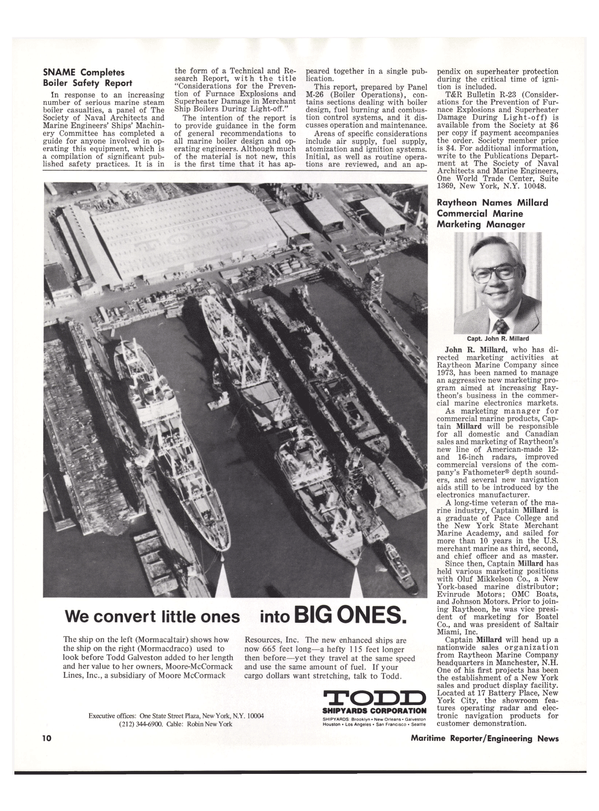