John R. Millard, who has directed marketing activities at Raytheon Marine Company since 1973, has been named to manage an aggressive new marketing program aimed at increasing Raytheon's business in the commercial marine electronics markets.

As marketing manager for commercial marine products, Captain Millard will be responsible for all domestic and Canadian sales and marketing of Raytheon's new line of American-made 12- and 16-inch radars, improved commercial versions of the company's Fathometer® depth sounders, and several new navigation aids still to be introduced by the electronics manufacturer.

A long-time veteran of the marine industry, Captain Millard is a graduate of Pace College and the New York State Merchant Marine Academy, and sailed for more than 10 years in the U.S.

merchant marine as third, second, and chief officer and as master.

Since then, Captain Millard has held various marketing positions with Oluf Mikkelson Co., a New York-based marine distributor; Evinrude Motors; OMC Boats, and Johnson Motors. Prior to joining Raytheon, he was vice president of marketing for Boatel Co., and was president of Saltair Miami, Inc.

One of his first projects has been the establishment of a New York sales and product display facility. 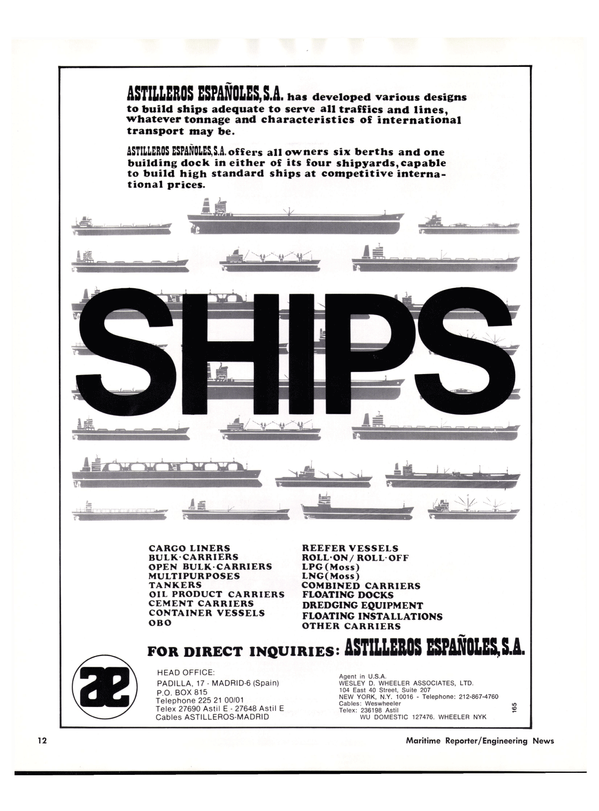