A three-year, $13-million contract has been awarded to the Aerojet Liquid Rocket Company (ALRC) of Sacramento, Calif., by Boeing Marine Systems of Seattle, Wash., to produce waterjet pumps for five Patrol Hydrofoil Missile-carrying ships (PHMs) which Boeing is building for the U.S. Navy.

Scheduled for completion in October of 1982, the five PHMs will be used for coastal water operations, utilizing t h e i r unique ability to maintain speed and maneuverability in virtually all sea environments. The PHMs have a high-speed capability of over 40 knots even in relatively high sea states.

The set of pumps for each vessel consists of two 800-hp pumps used for propulsion during the hullborne mode and one 17,000-hp pump that is used to propel the ship during high-speed foilborne operation. The PHM belongs to a class of hydrofoils with fully submerged foils. The ship platform, the hull, operates above the effects of surface waves. The foils that provide lift and control forces operate below the water surface where wave effects diminish with depth. While the hydrofoil has a modest speed advantage in calm seas over the conventional ship with equivalent power, the speed advantage is as much as two to four times greater in rough seas.

In making the announcement, ALRC executive vice president Roger I. Ramseier pointed out that the waterjet propulsion system represents a significant transfer of aerospace technology to industry. Five years ago, the Marine Systems Division of ALRC designed and produced the pumps for the Boeing-built USS Pegasus (PHM-1), which is the first and only missile-equipped hydrofoil ship in the U.S. fleet. 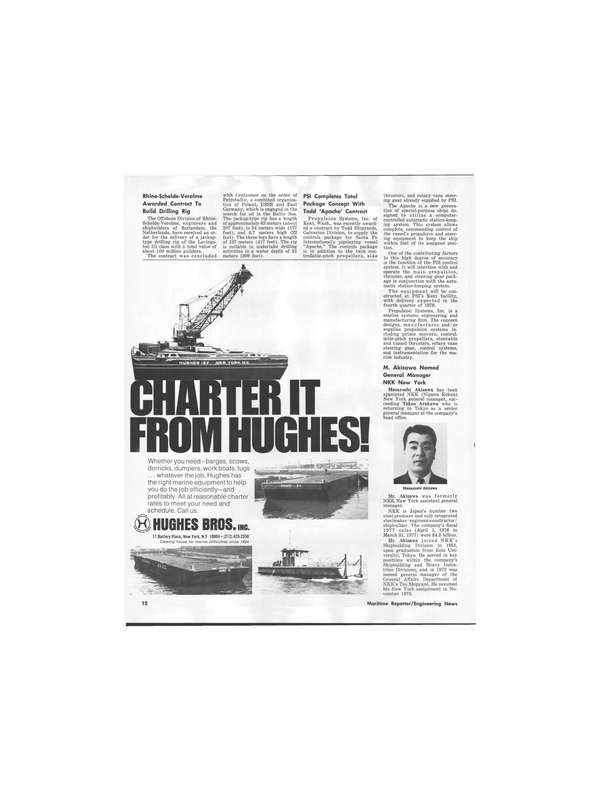