The Starward carries a complete array of fishing equipment and machinery for operation as a trawler/catcher, and as a herring and salmon packer in the Bering Sea and North Pacific fisheries.

Mr. Swasand, veteran captain of the MARCO-built crabber Aleutian Spray, will skipper the new vessel in northern Pacific waters. The Starward will deliver her crab catches to Akutan, Alaska, and will pack salmon and herring later in the year.

The vessel features a raised pilothouse, above the skipper's quarters on the bridge deck, which provides a 360-degree field of vision. The trawl console is installed in the pilothouse, facing the stern, allowing full observation and control of the fishing machinery on the deck below.

The Starward is powered by a Caterpillar D399 turbocharged and aftercooled diesel rated at 1,125 bhp. It drives a 90-inch, four-blade Coolidge stainless-steel propeller through a Caterpillar 7271 hydraulic reduction and reversing gear. Steering is accomplished by a Wagner T19 hydraulic system with two jog stations.

The Swasands are also part owners of four other MARCO boats — the 94-foot Aleutian Spray, the 108-foot Starfish, the 108-foot Nordic Star, and the 122-foot Starlite, all engaged in crabbing. 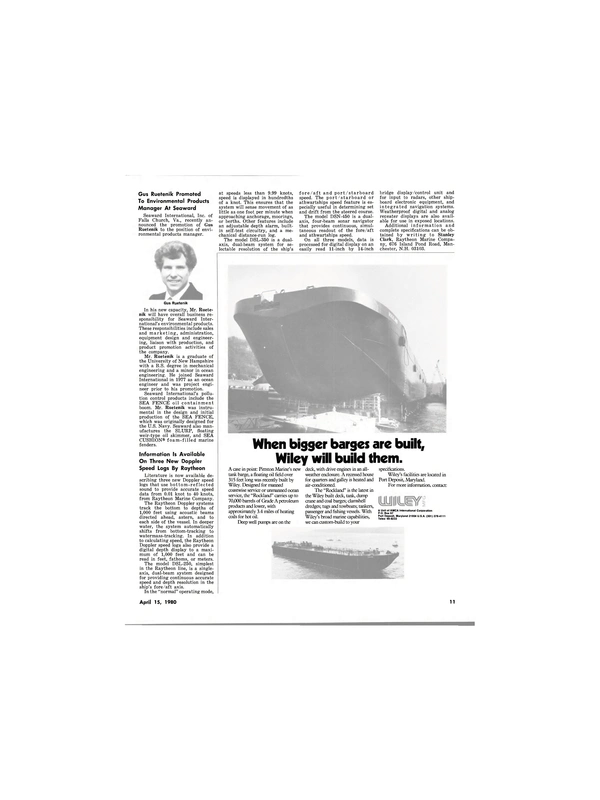