Not only was the launch a major step in the U.S. Navy's shipbuilding program, but also Carl Vinson is the first living American to have a Navy ship named in his honor. Former Georgia Con- ™ } • gressman and champion of Naval superiority, Mr. Vinson is now 96 years old.

Mrs. C. Tillman Snead, whose husband served as Mr. Vinson's administrative aide for 25 years, christened the ship by smashing the traditional bottle of champagne against the vessel's bow.

Mrs. Bernard William Frese of Chevy Chase, Md., was the matron of honor.

Known as a staunch supporter of military preparedness, Mr. Vinson holds the record f o r having served in Congress longer than any other individual—50 years, one month and two days. In Congress he served on the Naval Affairs Committee for 31 years, and chaired the committee for 15 years until it merged with the Military Affairs Committee to f o r m the House Armed Services Committee.

With the exception of one term when the Republicans were in office, Mr. Vinson also was chairman of the House Armed Services Committee for 17 years before his retirement in 1964 at the age of 80.

The keel for the Vinson was laid on October 11, 1975, when her sister ship, the Dwight David Eisenhower, was launched at Newport News. The Vinson is expected to be delivered to the Navy in 1982.

When completed, the Vinson will become a floating city for more than 6,000 Navy personnel.

One of the largest shipyards in the world, Newport News Shipbuilding is the only shipyard capable of building and servicing the full range of nuclear-powered surface ships and attack submarines for the U.S. Navy. The Virginia yard has produced 14 of the 22 nuclear ships that have joined the fleet since 1974.

Newport News built the first aircraft carrier (USS Ranger) in 1934, and since then — with only one exception — has been the lead yard in the design and construction of every class of aircraft carrier.

The yard currently has 10 Navy ships under contract or construction : the Vinson, the Arkansas (a nuclear-powered, guided missile cruiser) and eight nuclearpowered, high-speed attack submarines.

More than 700 Naval and commercial ships have been built by Newport News Shipbuilding since the company was founded in 1886.

A subsidiary of Tenneco Inc., the yard employs 23,000 men and women who work in 300 occupations and 25 skilled trades. The 475-acre shipyard stretches along two miles on the James River near the Virginia port of Hampton Roads. 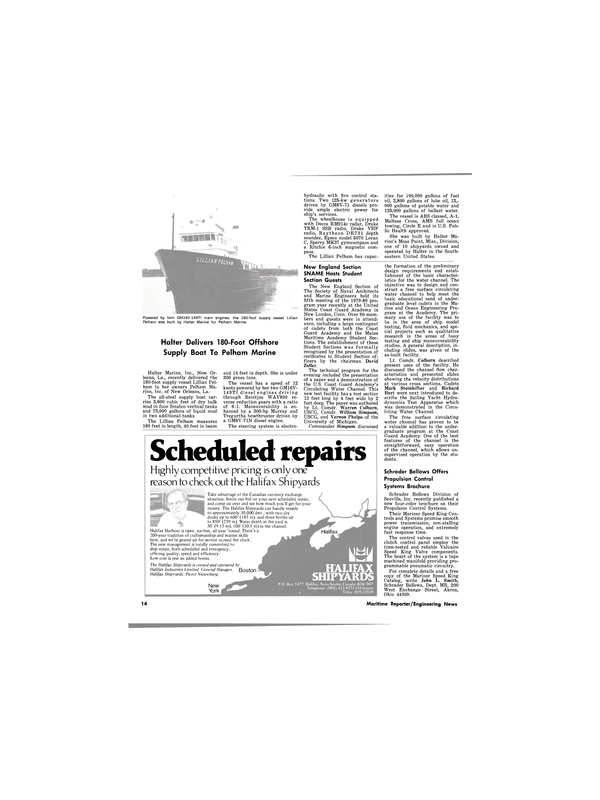