James W. Steadman has joined Halter Marine, Inc., as vice president, special assignments, with overall responsibility f o r the Halter CATUG project at Chickasaw, Ala. Halter is building six of the giant propulsion units for an integrated tug/barge program as a subcontractor to Bethlehem Shipbuilding, and an additional tug for Sun Ship.

In making the annnouncement, Floyd J. Naquin, president of Halter Marine, said Mr. Steadman is uniquely qualified for his new position because of his 26 years of experience with the Ingalls Shipbuilding Division of Litton Industries.

His most recent position there, until his recent retirement, was vice president of operations. Prior to that, he held various managerial positions at Ingalls including director of q u a l i t y a s s u r a n c e, chief of project engineering, director of program engineering, chief design engineer, and chief engineer of the test and inspection department.

Mr. Naquin said the new vice president would be assigned further responsibilities in the near future, in addition to handling the operations at Halter's Chickasaw division. 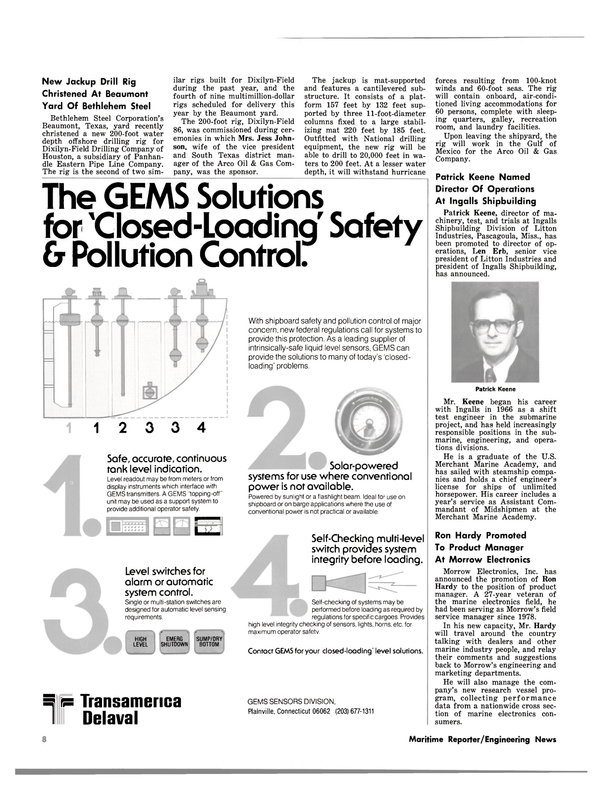