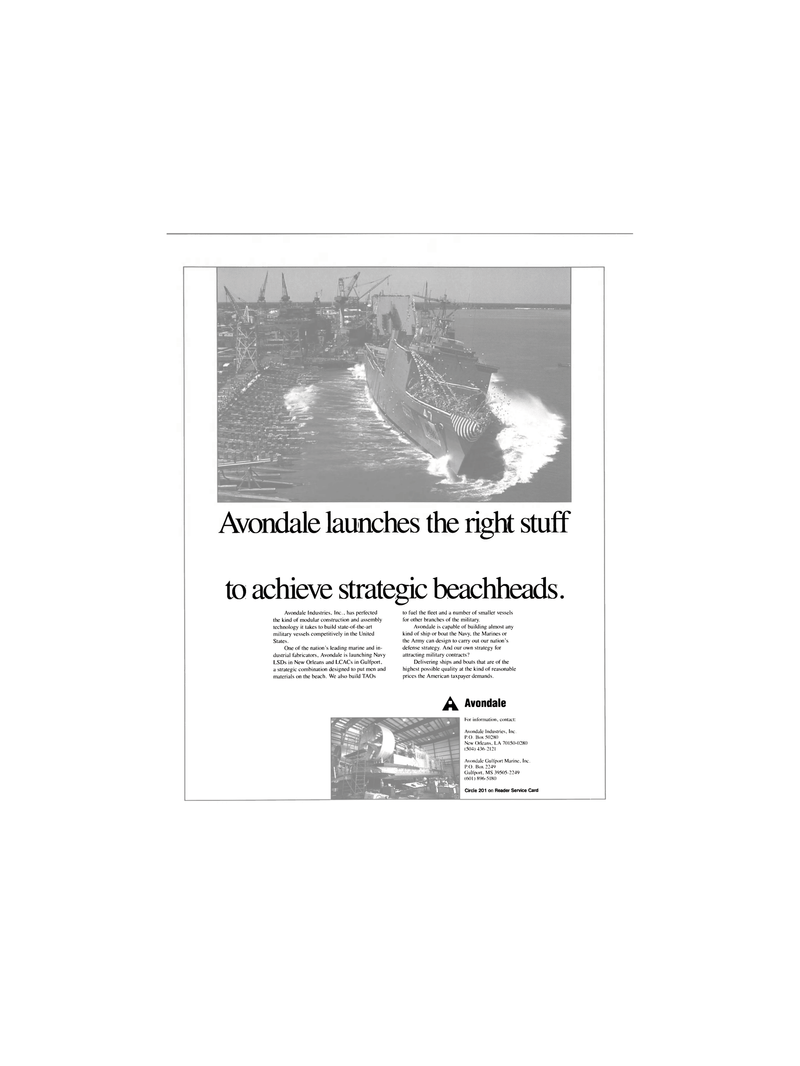 Avondale Industries. Inc.. has perfected the kind of modular construction and assembly technology it takes to build state-of-the-art military vessels competitively in the United

One of the nation's leading marine and in- dustrial fabricators, Avondale is launching Navy

LSDs in New Orleans and LCACs in Gulfport, a strategic combination designed to put men and materials on the beach. We also build TAOs to fuel the fleet and a number of smaller vessels for other branches of the military.

Avondale is capable of building almost any kind of ship or boat the Navy, the Marines or the Army can design to carry out our nation's defense strategy. And our own strategy for attracting military contracts?

Delivering ships and boats that are of the highest possible quality at the kind of reasonable prices the American taxpayer demands.