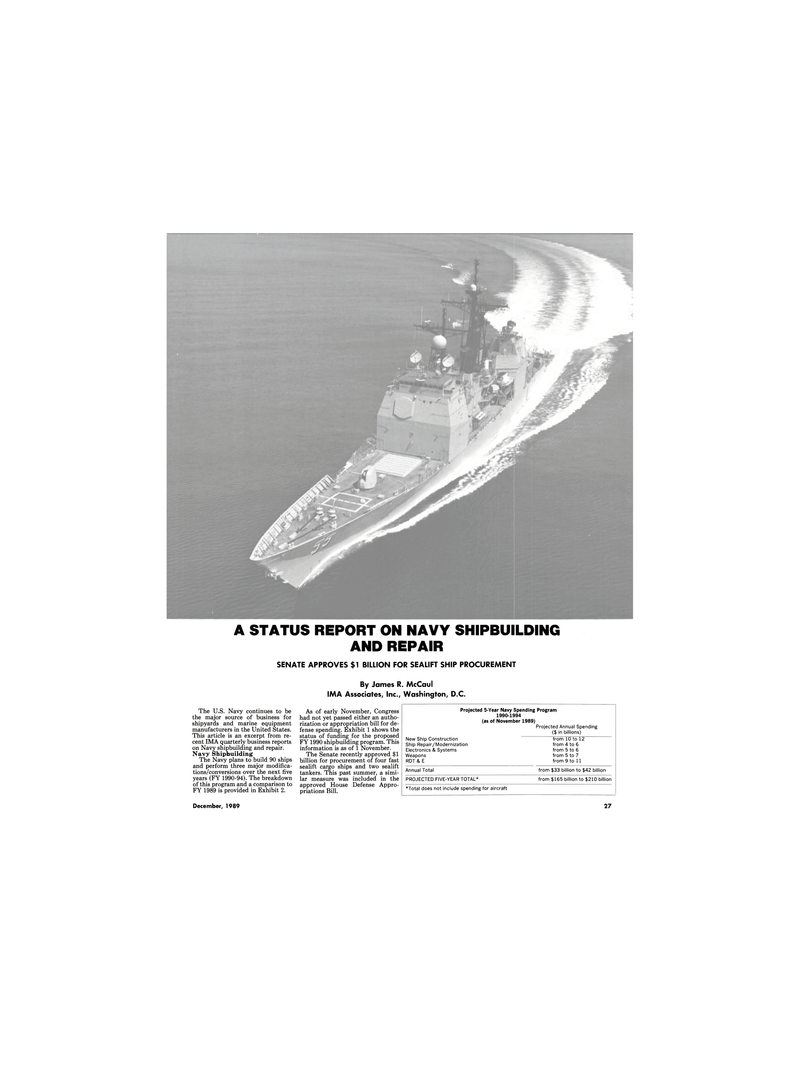 A STATUS REPORT ON NAVY SHIPBUILDING

The U.S. Navy continues to be the major source of business for shipyards and marine equipment manufacturers in the United States.

This article is an excerpt from re- cent IMA quarterly business reports on Navy shipbuilding and repair.

The Navy plans to build 90 ships and perform three major modifica- tions/conversions over the next five years (FY 1990-94). The breakdown of this program and a comparison to

As of early November, Congress had not yet passed either an autho- rization or appropriation bill for de- fense spending. Exhibit 1 shows the status of funding for the proposed

FY 1990 shipbuilding program. This information is as of 1 November.

Annual Total from $33 billion to $42 billion