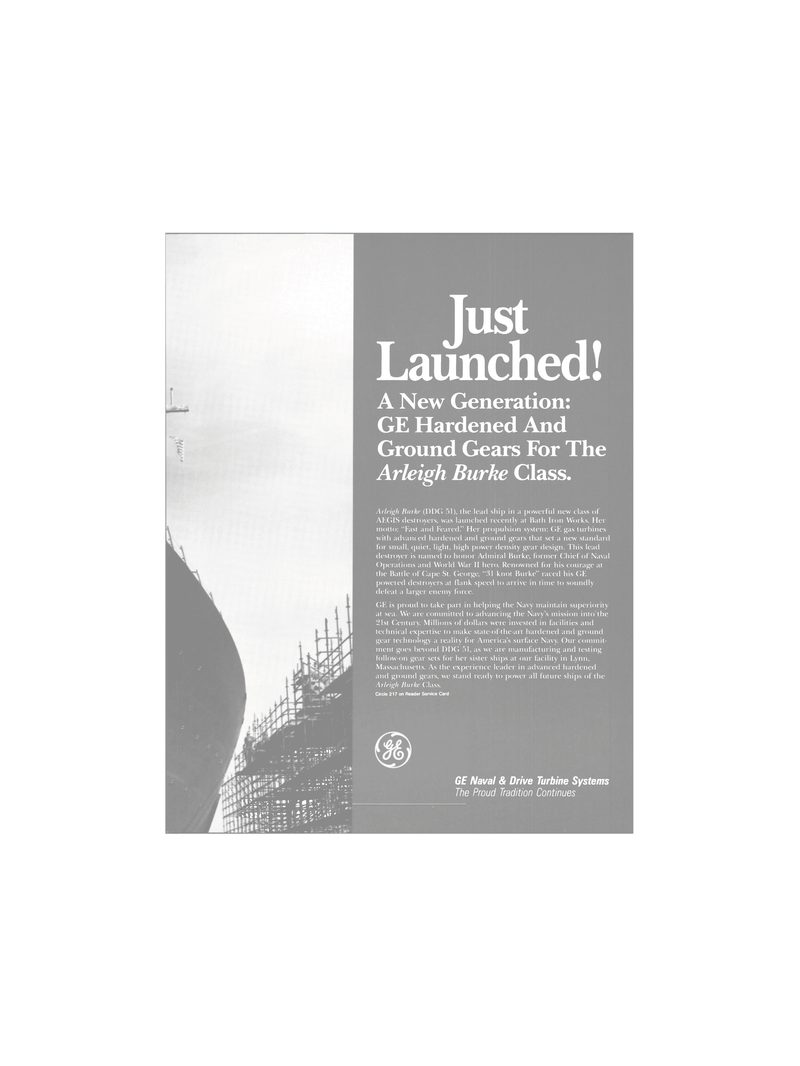 Ground Gears For The

Arleigh Burke (l)DG 51), the lead ship in a powerful new class of

Operations and World War II hero. Renowned for his courage at the Battle of Cape St. George, "31 knot Burke" raced his GE powered destroyers at flank speed to arrive in time to soundly defeat a larger enemy force.

GF. is proud to take part in helping the Navy maintain superiority at sea. We are committed to advancing the Navy's mission into the 21st Century. Millions of dollars were invested in facilities and technical expertise to make state-of-the-art hardened and ground gear technology a reality for America's surface Navy. Our commit- ment goes beyond I)I)G 51, as we are manufacturing and testing follow-on gear sets for her sister ships at our facility in Eynn,

Massachusetts. As the experience leader in advanced hardened and ground gears, we stand ready to power all future ships of the