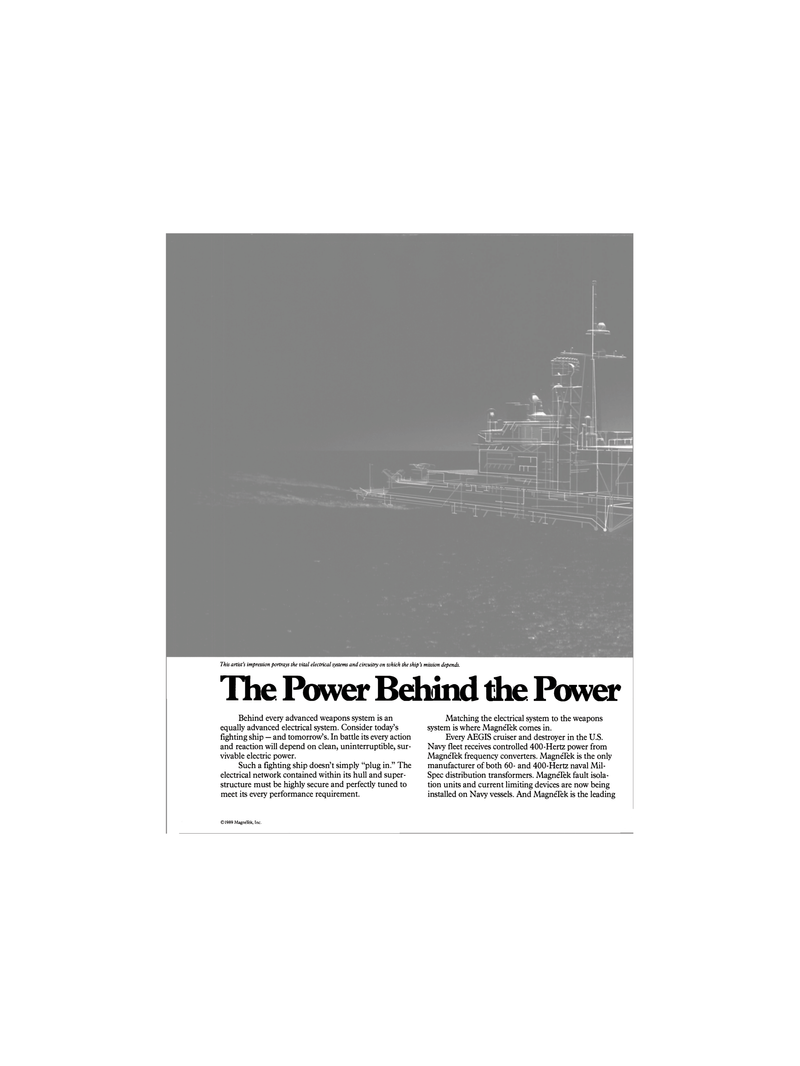 This artist's impression portrays the vital electrical systems and circuitry on which the ship's mission depends.

The Power Behind the Power

Behind every advanced weapons system is an equally advanced electrical system. Consider today's fighting ship — and tomorrow's. In battle its every action and reaction will depend on clean, uninterruptible, sur- vivable electric power.

Such a fighting ship doesn't simply "plug in." The electrical network contained within its hull and super- structure must be highly secure and perfectly tuned to meet its every performance requirement.

Matching the electrical system to the weapons system is where MagneTek comes in.

Every AEGIS cruiser and destroyer in the U.S.

MagneTek frequency converters. MagneTek is the only manufacturer of both 60- and 400-Hertz naval Mil-