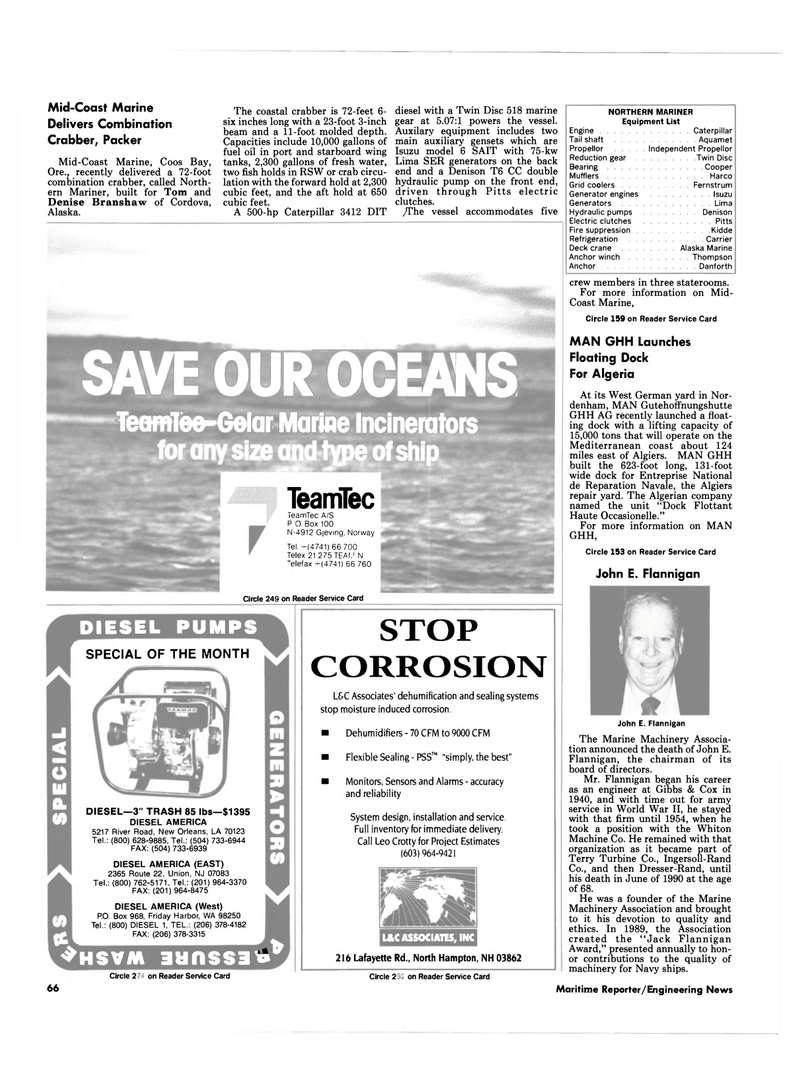 Capacities include 10,000 gallons of fuel oil in port and starboard wing tanks, 2,300 gallons of fresh water, two fish holds in RSW or crab circu- lation with the forward hold at 2,300 cubic feet, and the aft hold at 650 cubic feet.

Lima SER generators on the back end and a Denison T6 CC double hydraulic pump on the front end, driven through Pitts electric clutches. /The vessel accommodates five

SPECIAL OF THE MONTH

For more information on Mid-

At its West German yard in Nor- denham, MAN Gutehoffnungshutte

GHH AG recently launched a float- ing dock with a lifting capacity of 15,000 tons that will operate on the

For more information on MAN

Flannigan, the chairman of its board of directors.

Mr. Flannigan began his career as an engineer at Gibbs & Cox in 1940, and with time out for army service in World War II, he stayed with that firm until 1954, when he took a position with the Whiton

Machine Co. He remained with that organization as it became part of

He was a founder of the Marine

Machinery Association and brought to it his devotion to quality and ethics. In 1989, the Association created the "Jack Flannigan

Award," presented annually to hon- or contributions to the quality of machinery for Navy ships. 66 Maritime Reporter/Engineering News