Callahan was recently delivered by Hydraulic Fishing Supply, Inc., Anacortes, Wash., to the State of Washington. The vessel was designed, built and delivered in a specified contract period of 168 days.

Larry DeCan, project foreman at Hydraulic Fishing Supply, said the 68-foot, 70-ton ferry will be used to shuttle residents, visitors and construction workers from Tacoma to McNeil Island. The island is home to the 1,000-inmate McNeil Island Correctional Facility and about 50 houses, where support staff reside.

The tug-barge vehicle transport service is run on 10-hour-a-day schedules.

In all, Mr. Gay said, more than 400,000 passengers a year are transported to and from the island.

Built at a cost of about $812,000, the steel-hulled Callahan is part of a six-year McNeil Island Correctional Facility expansion plan. Inmate levels are expected to reach 1,800 by 1993 and its present staff of 600 is expected to grow as well. 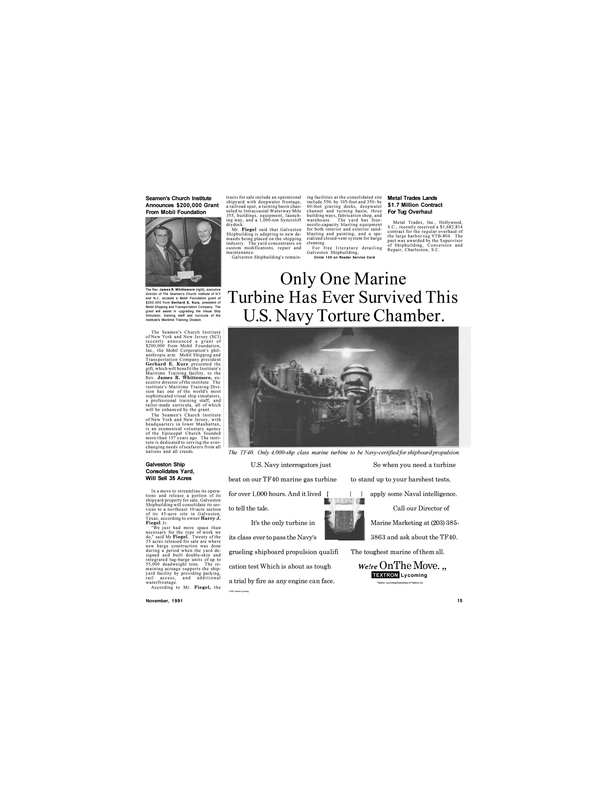