Damen Shiprepair & Conversion developed a new product, the Quick Docking/Fuel Saving package, offering owners a fast and low-cost additional docking with the sole aim of reducing fuel consumption in between the five-year statutory survey period. The first vessel booked under the new concept has docked at Damen Shiprepair Brest (France). It is the capesize bulker Castillo De Catoira operated by Spanish company Empresa Naviera Elcano. Damen expects to bring more of its vessels to its shiprepair yards. Jos Goris, Managing Director of Damen Shiprepair Brest and initiator of the concept, said, “We know that hull resistance builds up during years of service and this can have a significant impact on performance and consequently, fuel costs. By introducing this product, we are thinking along with our customers and know that fuel costs are a major consideration for shipowners and charterers, especially in this economic climate.”
Under the package, antifouling and fresh coatings are applied to improve hull performance, propellers are given a super high polish and the yard fine-tunes the main engine. “Inside and out, everything is optimized for efficient fuel consumption. By improving the engine and propulsion line and applying coatings, the vessel’s performance is improved considerably,” said Goris.
Damen expects the fuel saving docking – which can take as little as a few days – to pay for itself within six to eight months depending on the type and size of the vessel. The package is provided on a lumpsum basis. 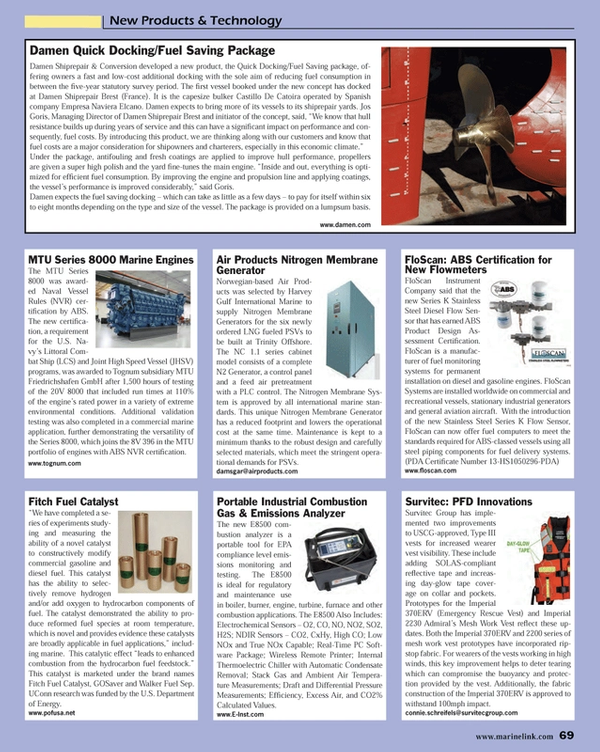