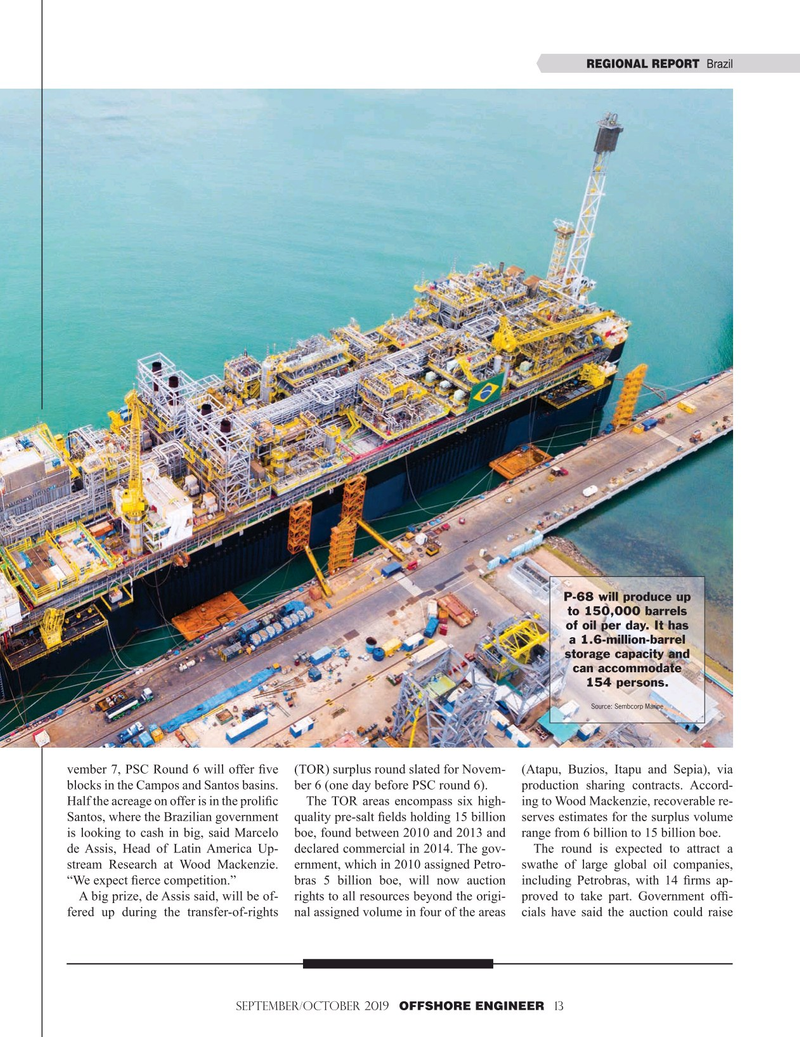 Source: Sembcorp Marine vember 7, PSC Round 6 will offer ? ve (TOR) surplus round slated for Novem- (Atapu, Buzios, Itapu and Sepia), via blocks in the Campos and Santos basins. ber 6 (one day before PSC round 6). production sharing contracts. Accord-

Half the acreage on offer is in the proli? c The TOR areas encompass six high- ing to Wood Mackenzie, recoverable re-

Santos, where the Brazilian government quality pre-salt ? elds holding 15 billion serves estimates for the surplus volume is looking to cash in big, said Marcelo boe, found between 2010 and 2013 and range from 6 billion to 15 billion boe.

de Assis, Head of Latin America Up- declared commercial in 2014. The gov- The round is expected to attract a stream Research at Wood Mackenzie. ernment, which in 2010 assigned Petro- swathe of large global oil companies, “We expect ? erce competition.” bras 5 billion boe, will now auction including Petrobras, with 14 ? rms ap-

A big prize, de Assis said, will be of- rights to all resources beyond the origi- proved to take part. Government of? - fered up during the transfer-of-rights nal assigned volume in four of the areas cials have said the auction could raise