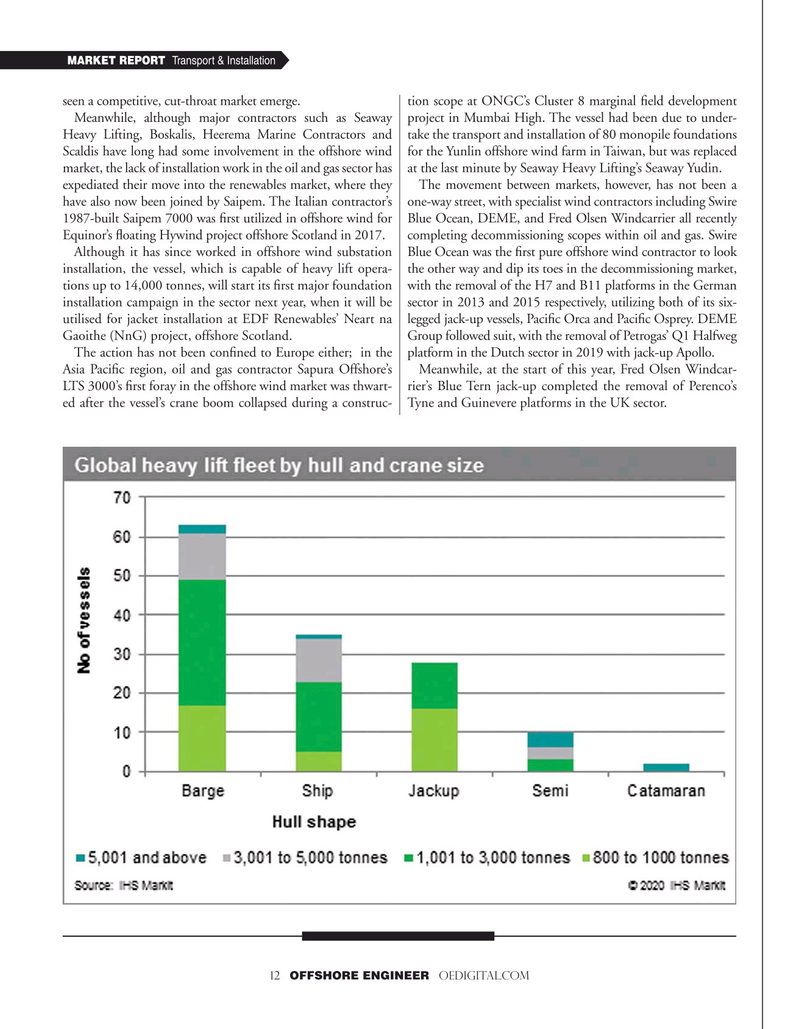 Meanwhile, although major contractors such as Seaway project in Mumbai High. The vessel had been due to under-

Scaldis have long had some involvement in the offshore wind for the Yunlin offshore wind farm in Taiwan, but was replaced market, the lack of installation work in the oil and gas sector has at the last minute by Seaway Heavy Lifting’s Seaway Yudin. expediated their move into the renewables market, where they The movement between markets, however, has not been a have also now been joined by Saipem. The Italian contractor’s one-way street, with specialist wind contractors including Swire 1987-built Saipem 7000 was ?rst utilized in offshore wind for Blue Ocean, DEME, and Fred Olsen Windcarrier all recently

Although it has since worked in offshore wind substation Blue Ocean was the ?rst pure offshore wind contractor to look installation, the vessel, which is capable of heavy lift opera- the other way and dip its toes in the decommissioning market, tions up to 14,000 tonnes, will start its ?rst major foundation with the removal of the H7 and B11 platforms in the German installation campaign in the sector next year, when it will be sector in 2013 and 2015 respectively, utilizing both of its six- utilised for jacket installation at EDF Renewables’ Neart na legged jack-up vessels, Paci?c Orca and Paci?c Osprey. DEME

The action has not been con?ned to Europe either; in the platform in the Dutch sector in 2019 with jack-up Apollo.