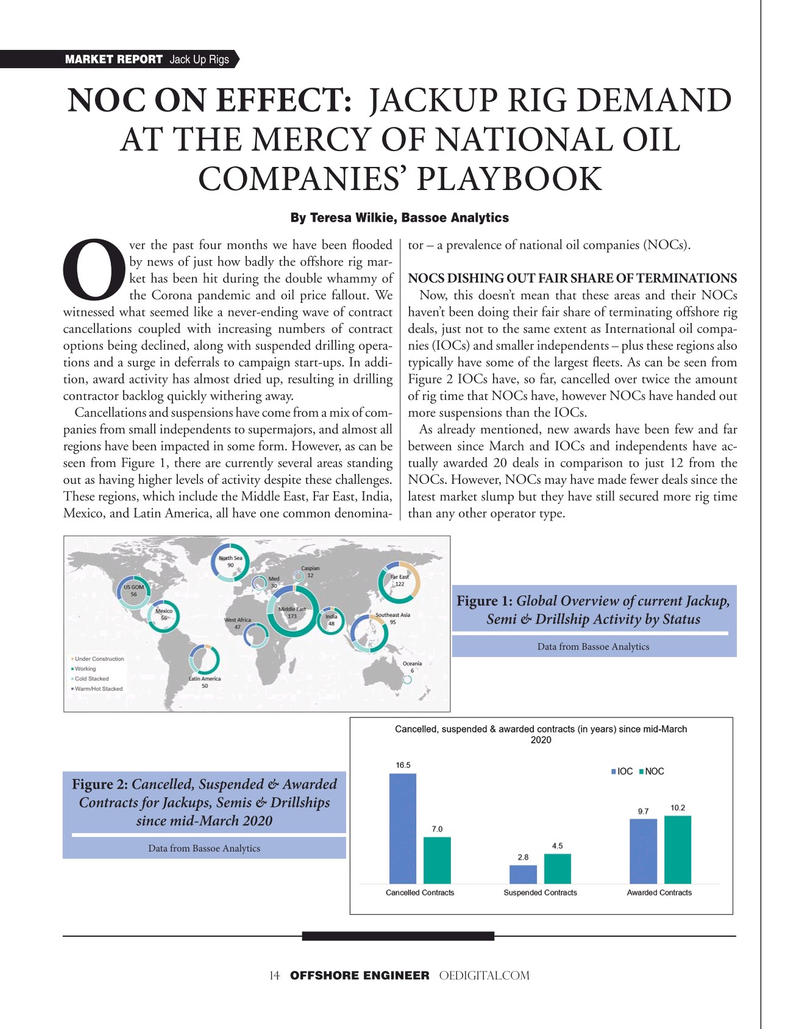 AT THE MERCY OF NATIONAL OIL

By Teresa Wilkie, Bassoe Analytics ver the past four months we have been ?ooded tor – a prevalence of national oil companies (NOCs).

O the Corona pandemic and oil price fallout. We Now, this doesn’t mean that these areas and their NOCs witnessed what seemed like a never-ending wave of contract haven’t been doing their fair share of terminating offshore rig cancellations coupled with increasing numbers of contract deals, just not to the same extent as International oil compa- options being declined, along with suspended drilling opera- nies (IOCs) and smaller independents – plus these regions also tions and a surge in deferrals to campaign start-ups. In addi- typically have some of the largest ?eets. As can be seen from tion, award activity has almost dried up, resulting in drilling Figure 2 IOCs have, so far, cancelled over twice the amount contractor backlog quickly withering away. of rig time that NOCs have, however NOCs have handed out

Cancellations and suspensions have come from a mix of com- more suspensions than the IOCs.

panies from small independents to supermajors, and almost all As already mentioned, new awards have been few and far regions have been impacted in some form. However, as can be between since March and IOCs and independents have ac- seen from Figure 1, there are currently several areas standing tually awarded 20 deals in comparison to just 12 from the out as having higher levels of activity despite these challenges. NOCs. However, NOCs may have made fewer deals since the

These regions, which include the Middle East, Far East, India, latest market slump but they have still secured more rig time

Mexico, and Latin America, all have one common denomina- than any other operator type.