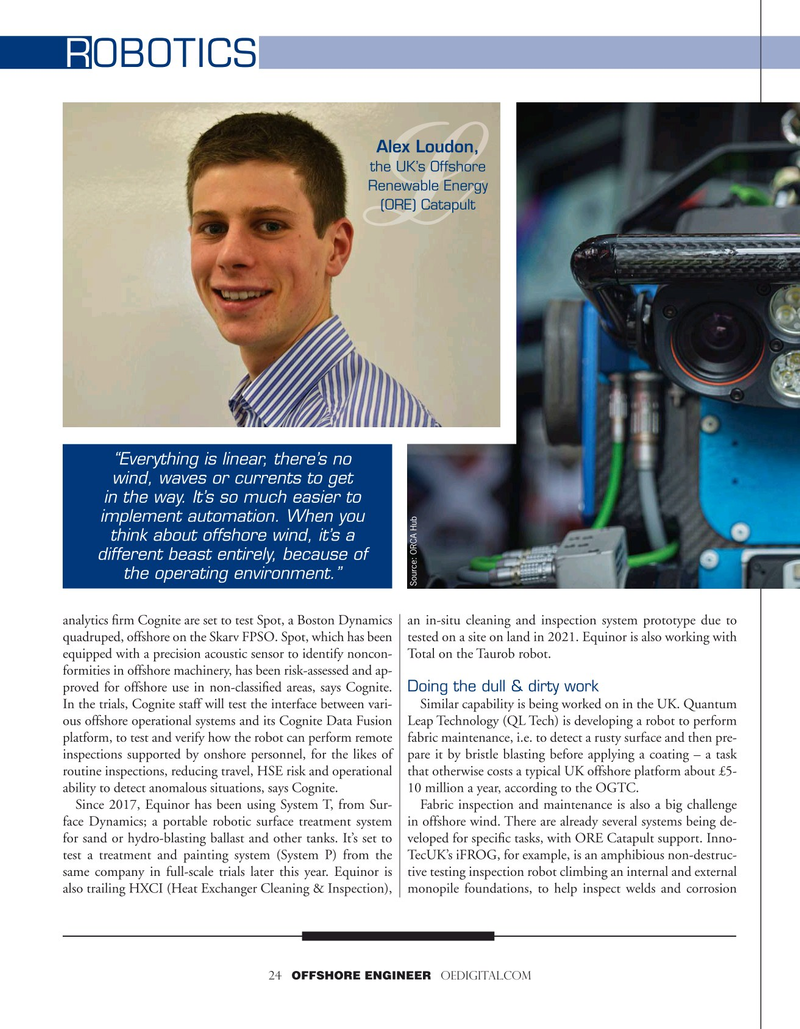 Renewable Energy (ORE) Catapult “Everything is linear, there’s no wind, waves or currents to get in the way. It’s so much easier to implement automation. When you think about offshore wind, it’s a different beast entirely, because of the operating environment.”

Source: ORCA Hub analytics ?rm Cognite are set to test Spot, a Boston Dynamics an in-situ cleaning and inspection system prototype due to quadruped, offshore on the Skarv FPSO. Spot, which has been tested on a site on land in 2021. Equinor is also working with equipped with a precision acoustic sensor to identify noncon- Total on the Taurob robot.

formities in offshore machinery, has been risk-assessed and ap-

In the trials, Cognite staff will test the interface between vari- Similar capability is being worked on in the UK. Quantum ous offshore operational systems and its Cognite Data Fusion Leap Technology (QL Tech) is developing a robot to perform platform, to test and verify how the robot can perform remote fabric maintenance, i.e. to detect a rusty surface and then pre- inspections supported by onshore personnel, for the likes of pare it by bristle blasting before applying a coating – a task routine inspections, reducing travel, HSE risk and operational that otherwise costs a typical UK offshore platform about £5- ability to detect anomalous situations, says Cognite. 10 million a year, according to the OGTC.