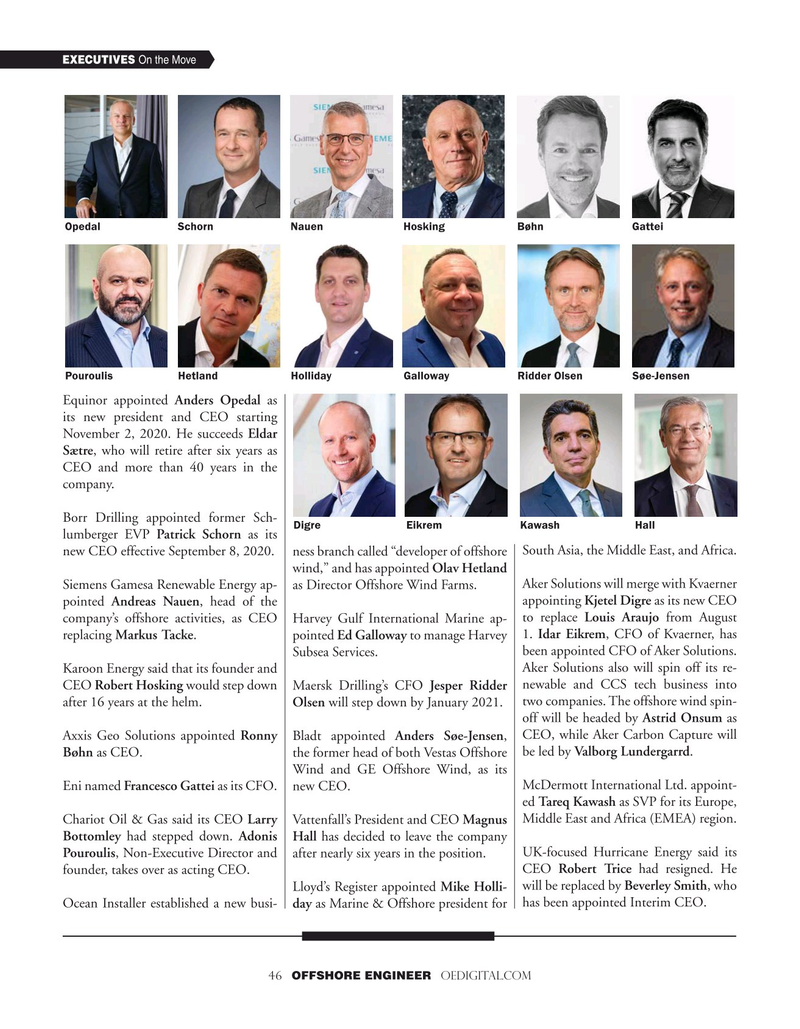 EXECUTIVES On the Move

Sætre, who will retire after six years as

CEO and more than 40 years in the company.

wind,” and has appointed Olav Hetland

CEO Robert Hosking would step down Maersk Drilling’s CFO Jesper Ridder newable and CCS tech business into after 16 years at the helm. Olsen will step down by January 2021. two companies. The offshore wind spin- off will be headed by Astrid Onsum as

Bøhn as CEO. the former head of both Vestas Offshore be led by Valborg Lundergarrd.

Wind and GE Offshore Wind, as its

Bottomley had stepped down. Adonis Hall has decided to leave the company

Pouroulis, Non-Executive Director and after nearly six years in the position. UK-focused Hurricane Energy said its founder, takes over as acting CEO. CEO Robert Trice had resigned. He

Lloyd’s Register appointed Mike Holli- will be replaced by Beverley Smith, who